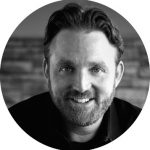 I’ve seen Peter make amazing progress with this system – and he was incredibly good when I met him. Read his story and see for yourself! I’ll let him tell it in his own words….

A magic nut since I was a kid, a bit of an anorak (geek) I would happily spend hours reading and analyzing processes and historical accounts of shows and “So what?” You may say. “What use is this information to me??” (Note the slight exasperation in your voice)…

Well, my capacity to piddle (futz) around the elements of magic for years (Full Blown Mechanic style) meant I had some impeccable techniques. I went on to thinking every element out, for years, I could give a master-class in misdirection theory, and debate structure and presentation with the best. (Rodin would have been proud). This with the brass neck (presumption) of being a savvy kid, used to being right, (well Tamariz praised me twice and supported my point of view) and I started believing my own press…

I analyzed myself into paralysis

I quit doing magic. Could talk about, critique, construct award-winning and money making routines (for others), build props, design stages... (OK, you get it!), just not. At that point I entered postgraduate studies, got married, had a kid and magic fell off the radar for 5 years until one of my students turned up doing some great magic, and I got back on track, started going to the local conventions.

Slightly wiser, definitely older, and a bit more humble I decided to contribute as best as I could: I started translating for any english speaking visiting magicians (Lennart Green, Mike Caveney, David Stone, Shoot Ogawa, Daryl, Avner the Eccentric and David Kaplan) and I finally understood the meaning of: "Magic happens in the heads and minds of those who see it." I could have bought a small car with the amount spent on books (shipping to South America was unbelievably steep in the 80's), but I was too young to drive it, and the books are still here!

I have lectured on misdirection, designed 3 award-winning routines and received anguished calls from friends to repair the most incredible props. I could have learnt another language in the time I've lost learning pointless techniques and sleights.

"Invisible?" Yes, but lacking context and applicability, so... unusable.

Collecting recipes, buying an apron, fancy pots and a big knife will not make you a chef or even a cook.

"You want to be a magician?" Then you need to perform. If no one sees you perform you can be a collector, a fan, an expert on strange elements, but you are NOT a cook, or a magician, at that.

I started classes with Aaron a year ago to see what I was doing wrong, and to get honest feedback from a guy who'd never met, seen or heard of me. I gave myself till Christmas 2014 to stay or drop out of performing magic.

The 3M System: The Power of Fundamental 3M Training

Swallowing my pride and doing sleights in steps, with carefully applied misdirection in a structure that protects the moment means I'm more relaxed and enjoy performing again.

Understanding and applying the concept of integration has meant I've done more magic in the last 6 months of my life, than in the previous 20 years. I've crashed and burnt (and ruined the odd stew), but I've understood finally that I need to get the stuff together, and I'm working on it. I've improved over the course of repeat showings and I'm working on serving better and better dishes, and leaving an astonishing impression on my spectators minds.