From Showman to Mechanic ...There and back again! 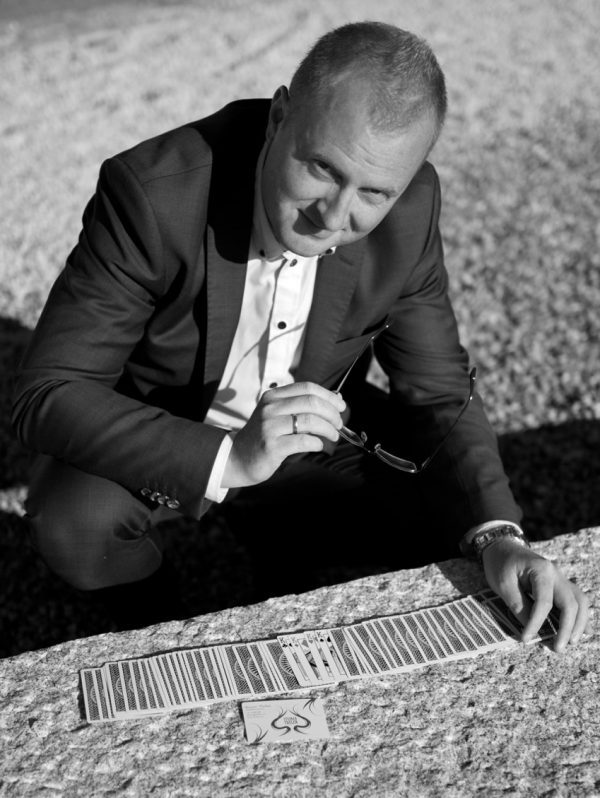 I came to Aaron to learn even more sleight of hand. I knew that he was famous for advanced techniques that was invisible to the audience. But I was in for a surprise. Not only did I learn moves like Erdnase Two Handed Shift. I learned how to make it invisible, silent and relaxed and HOW TO GET INTO IT (micro-sleights). But then I also learned when to use and WHEN NOT TO USE IT (which is most of the time). When I went back to other easier techniques I discovered my card handling and body movements had changed. Other moves had improved a lot and become easier.

The good news is you don’t need to learn any advanced sleights to benefit from the system. Aaron teaches all techniques this way as a part of a bigger picture.

Aaron has created a great system for learning magic in a holistic way. The system was a game changer for me. You can start where you are and get great results much quicker than you thought possible. When I met Aaron i could already do a lot of magic and was quite confident in my own abilities. But sometimes in front of an audience some part of my performance could let me down. After making some small changes the audience reactions improved and I could get them every time.

When I was younger I was very focused on entertainment and not so much on technique. That was a good thing and people had fun, but I wanted more magical results and better reactions. After a while became very much “The Thinker”  I read books about theory and wrote scripts and planned shows that was never performed. I decided I had to work on my technique. I took lessons, practiced all day and I fell in love with card magic. At age 35 suddenly I had become "The Mechanic." Where was the natural showman that I knew was there when I was younger? Gone forever?

One of the biggest improvement I got from Aaron program was the way he approached "micro-sleights". Break the techniques into several small movements. And more importantly; integrate the micro-sleights with the presentation and misdirection to create a clearer effect for the audience.

And by "effect" we mean the effect our magic has on our audience. The whole experience. The things they tell their friends and never forget.

Another game changer for me was the work on Attention Jacking. Some of the ideas seemed pretty obvious for me. I used to be "The Thinker" remember? But then I actually started doing it and integrating it in everything I did. Together with the micro-sleights this improved my audience reaction to a level I could not believe. 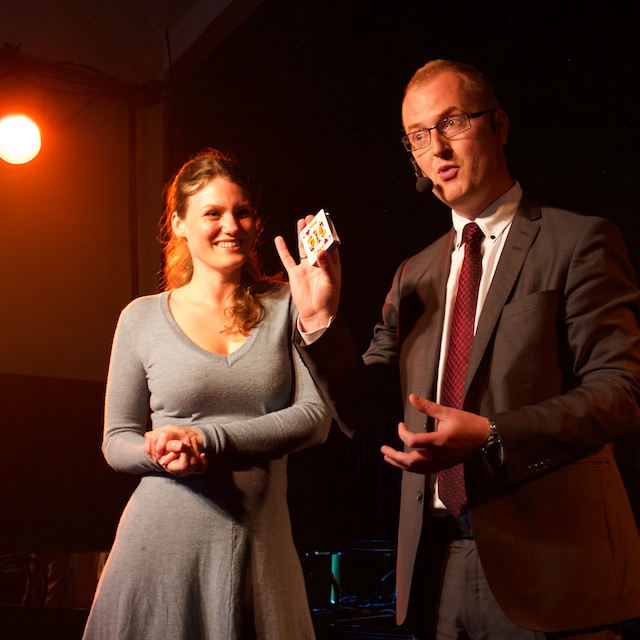 I am still "The Mechanic" and I love it. But it is more balanced and The Natural Showman is back. There is no reason to beat yourself up because you have a natural tendency to focus on one aspect of your magic. As Aaron said to me: "You just need to heal the mechanic. Don’t kill him!"

Make sure that you spend enough time on the other parts of magic. One by one your tricks is transformed into performance pieces.

Even a beginner can create miracles with simple methods if structure, presentation and misdirection is integrated with technique from the very beginning. But don’t think this is only for beginners. I believe anybody can improve their magic and create better reactions with this system.